Pixel fans, mark your calendars: Google plans to finally launch its Pixel 6 smartphone during an Oct. 19 event. The company announced the news on Twitter today with a link to what it’s calling the “Pixel Fall Launch” event.

“On October 19, we’re officially introducing you to Pixel 6 and Pixel 6 Pro —the completely reimagined Google phones,” the company writes in a FAQ for the event. “Powered by Tensor, Google’s first custom mobile chip, they’re fast, smart and secure. And they adapt to you.”

To highlight the “adapt to you” feature, Google’s website for the Pixel event contains a special button. If you hit the spacebar on your PC, the website will change, and show you the Pixel 6, but with a different color theme across the phone’s user interface. The different colors seem to include sky blue, violet, green, salmon, and maize. 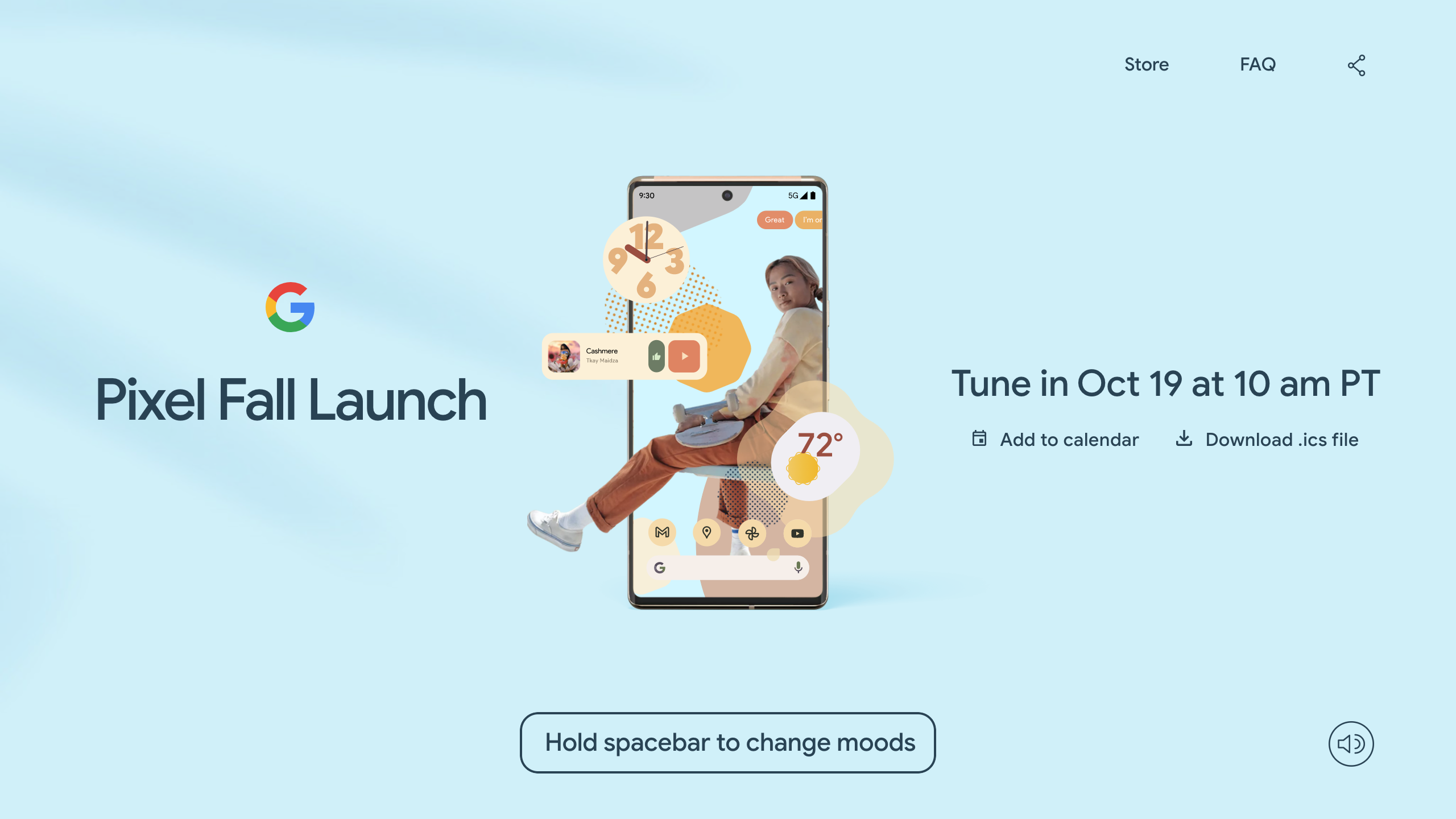 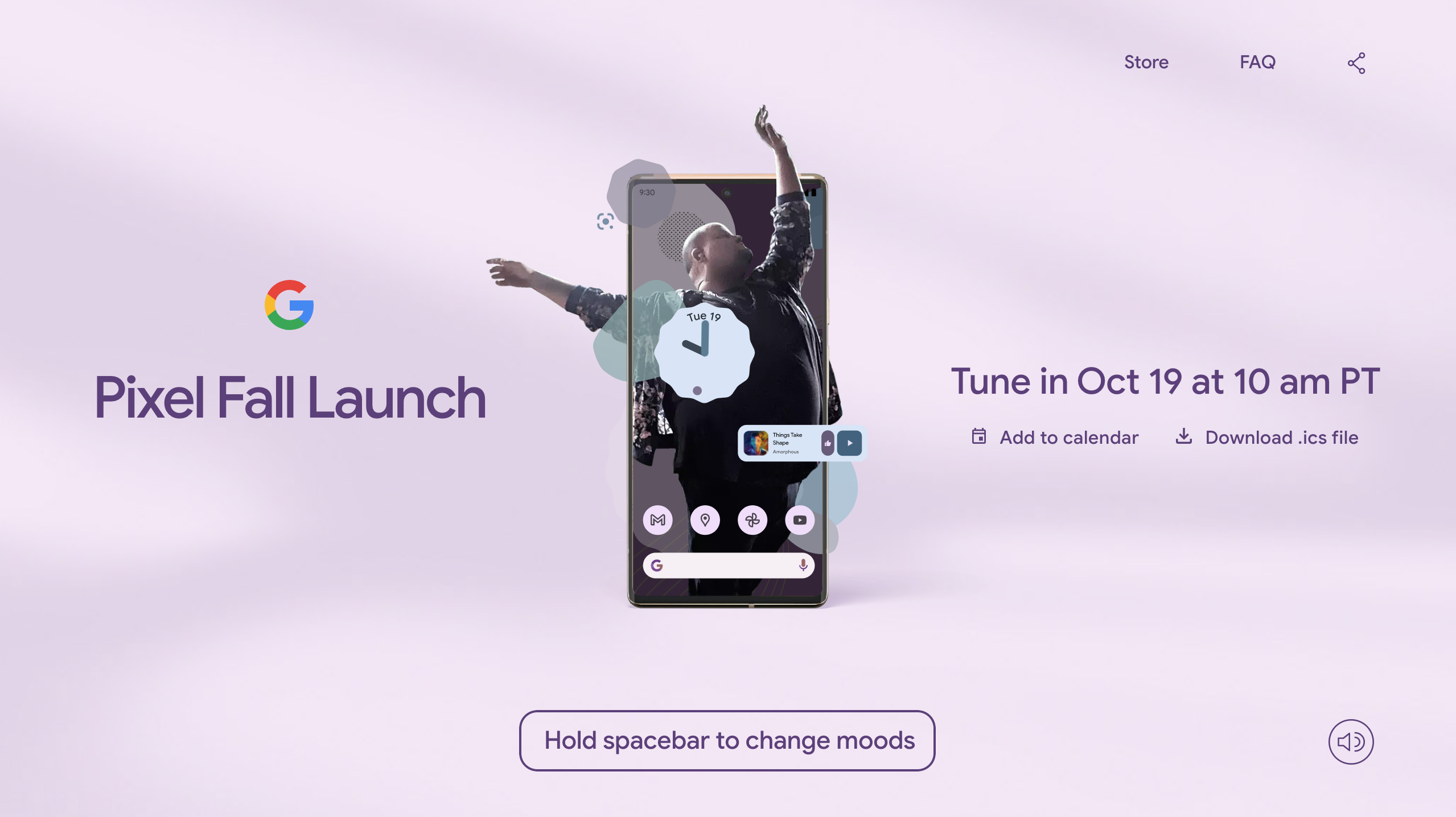 Google has already revealed a lot about the Pixel 6 —including what the phone looks like— through videos and a display at its Manhattan store. However, the search giant has yet to reveal pricing or detailed specs for the Google-designed Tensor chip inside. In August, Google simply said the Tensor processor is designed to power artificial intelligence and machine learning for features such as voice recognition and real-time translation. 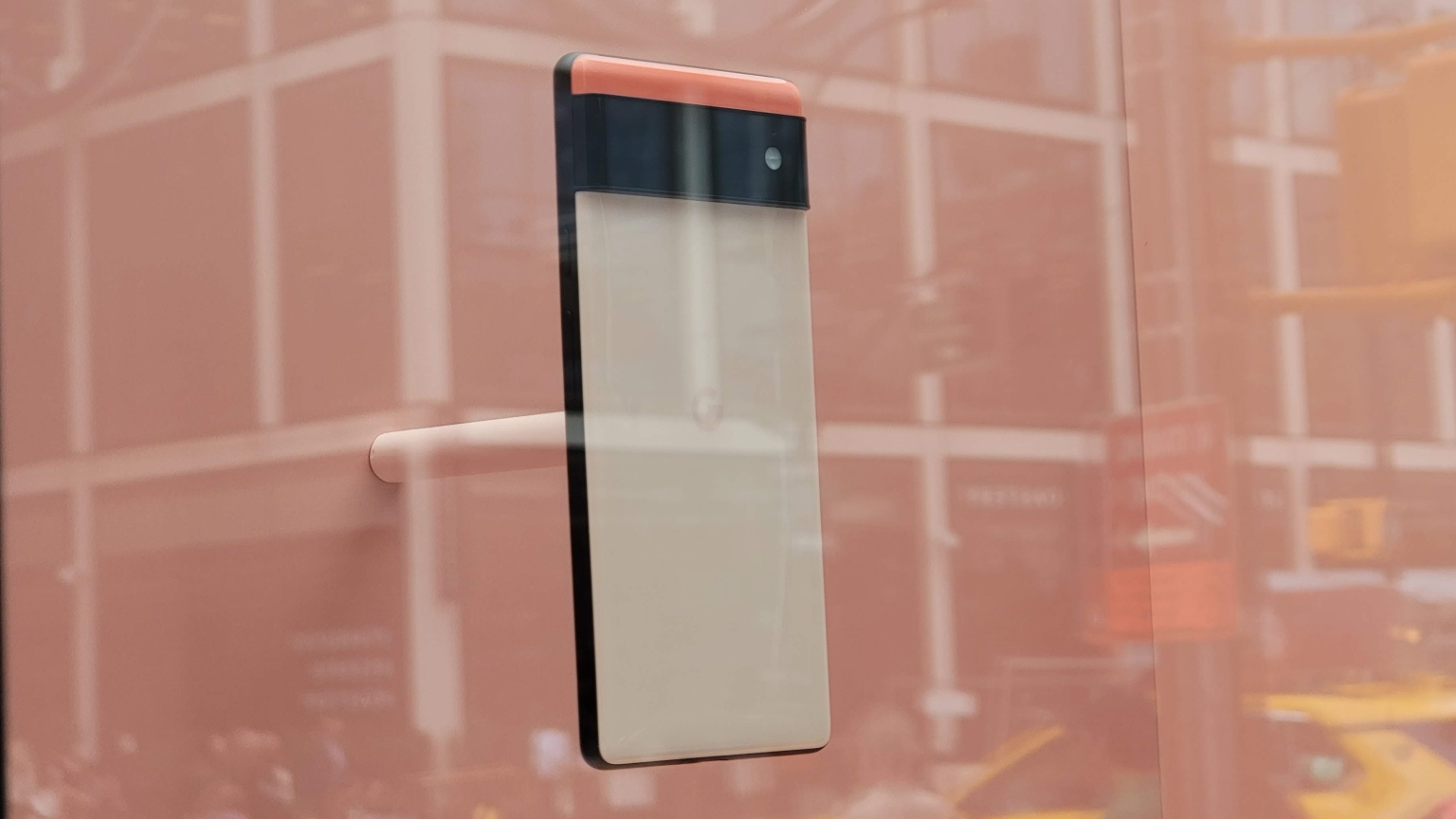 Pixel 6 in the window of Google’s Manhattan store

Expect Google to also talk up the Pixel 6’s camera system during the event. The Pixel 6 features a prominent bulge in the rear to pack an improved camera and sensor system. The product will also run the newly released Android 12.

The Pixel event kicks off at 10 a.m. PT on Oct. 19, and anyone can watch online. Stay tuned for our coverage.

Get fast and easy translations on your Android phone

Hands on with the foldable phone