They give us those nice bright colors

They give us the greens of summer

Makes you think all the world’s a sunny day

Kodachrome is probably the most iconic photographic film ever made. It was legendary, and many people saw the world through its colors. Kodak produced Kodachrome film from 1935 through 2009, when, to the dismay of photographers around the world, it was suddenly discontinued. 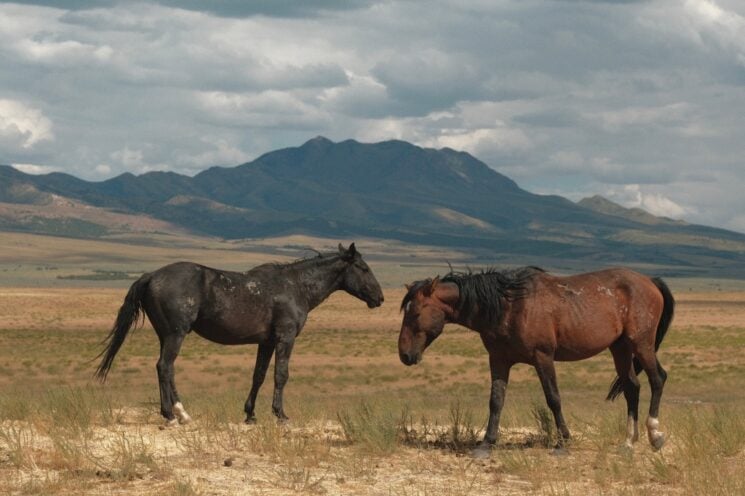 The Kodachrome name has been used for many different films over the years. The first Kodachrome product was a two-glass-plate color negative that was introduced in 1915. Like all other color photography methods of its time, the results weren’t particularly good and the product not especially successful.

In 1935, Kodak released its next Kodachrome product: a positive color transparency film. This Kodachrome was the first film that produced reasonably accurate colors, and, because of that, was the first commercially successful color film. It became the standard film for color photography for a couple decades, and was even Ansel Adams’ preferred choice for color work. The December 1946 issue of Arizona Highways, which was the first all-color magazine in the world, featured Barry Goldwater’s Kodachrome images. While the most popular Kodachrome during this time was ISO 10, Kodak also produced an ISO 8 version, as well as a Tungsten option in the 1940s.

Kodak made significant improvements to Kodachrome, and in 1961 released Kodachrome II. This film boasted more accurate colors, sharper images, finer grain, and a faster ISO of 25. While it was still somewhat similar to the previous Kodachrome, it was better in pretty much every way. A year later Kodachrome-X was introduced, which had an ISO of 64, and produced more saturation and increased contrast, but was grainier. Kodachrome for cinema had an ISO of 40, and would continue to be ISO 40 until 2009 when Kodak discontinued Kodachrome. 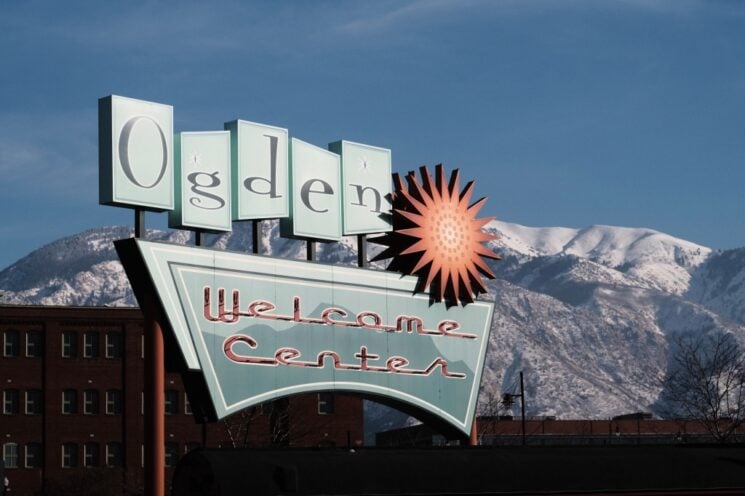 There was a movement in the early-1970s to end Kodachrome because the process to develop it was very toxic. Kodachrome is actually a black-and-white film with color added during development, which you can imagine isn’t a simple procedure. Instead of discontinuing their most popular color film, Kodak made a new version that required a less-toxic (but still toxic) and less complicated (but still complicated) development process. This appeased those who wanted the film gone, but the new version of Kodachrome was not initially well received by all photographers, some of whom liked the old version better. William Eggleston, for example, who used Kodachrome extensively in his early career, wasn’t a fan of the new version, and used other films instead.

In 1974, because of the new less-toxic development process, Kodachrome II was replaced by Kodachrome 25 and Kodachrome-X was replaced by Kodachrome 64. They also introduced Kodachrome 200, a high-ISO version. This generation of Kodachrome is what most people think of when they picture (pun intended) the film, gracing the pages of magazines like National Geographic. Due to Kodachrome’s sharpness, grain, color, contrast, and archival characteristics, it was a great all-around option that worked well in most circumstance. Steve McCurry, who is perhaps the best-known photographer to extensively use this era of Kodachrome, said of the film, “It has almost a poetic look with beautiful colors that were vibrant and true to what you were shooting.”

When Kodak discontinued Kodachrome in 2009, it shocked the photographic community; however, the deeper blow was that Kodak discontinued the chemicals required to develop it. Even if you had an old roll of the film (which I did), you couldn’t develop it, except as a black-and-white film from a specialty lab. By the end of 2010, the Kodachrome era was officially over for good. 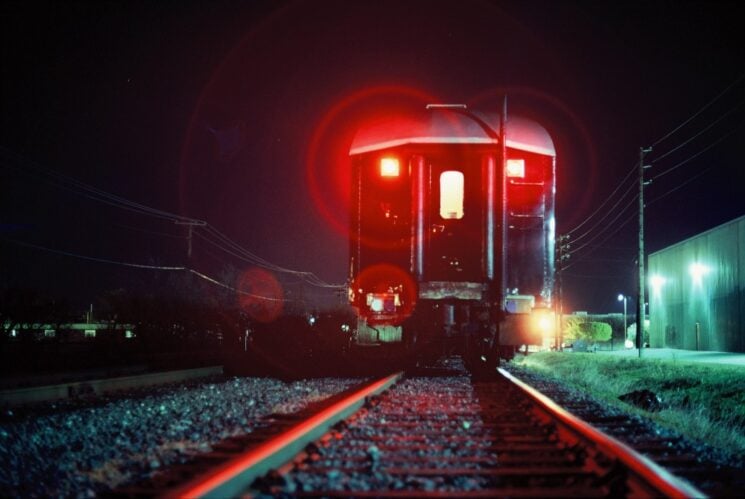 I shot many rolls of Kodachrome 64, and a few rolls of Kodachrome 25. My favorite was Kodachrome 64 because it had more contrast and more saturated colors—while it was a little less true-to-life, it produced bolder pictures more like Paul Simon’s description. It was a sad day for me when Kodak discontinued it. At that time, I was just getting into digital photography; in retrospect, I wish that I had paused on digital and exposed a few more rolls of Kodachrome, just for the joy of it.

Paul Simon shot his Kodachrome on a Nikon camera, and I shot mine on a well-used Canon AE-1. Even though the film is long gone, I now shoot “Kodachrome” on a Fujifilm X100V and an X-E4. Yes, Kodachrome lives, thanks to Fujifilm’s great JPEG output! I’ve created film simulation recipes that mimic Kodachrome 64. While they’re not a 100% perfect match, considering the limited options and parameters that are available in-camera, they’re surprisingly accurate to the film. They certainly attain the “memory color” that Fujifilm’s managers often talk about. Ah, the irony of achieving a Kodachrome look on a Fujifilm camera is not lost on me!

I’ve actually published over 150 recipes (which you can find on the Fuji X Weekly app) for Fujifilm cameras, many of which are based on film stocks. Using film simulation recipes, no matter the Fujifilm camera you have, allows you to get straight-out-of-camera pictures that appear as if they were post-processed—or, even better, shot on film instead of digital. This is obviously a big time-saver, but can also be more fun. 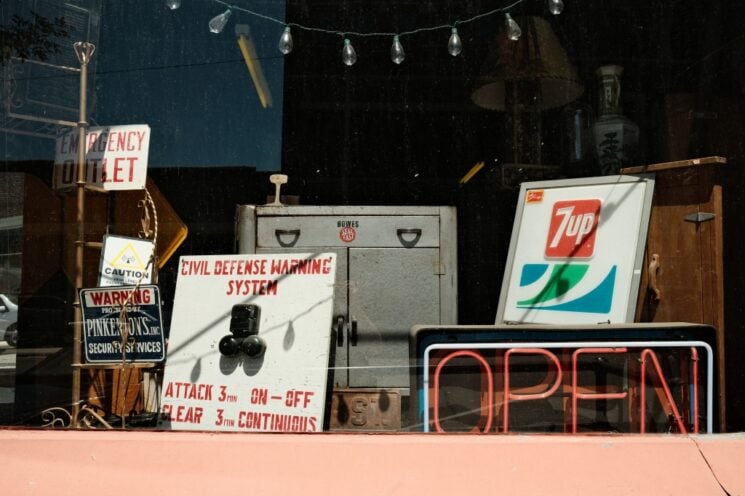 Whenever I go out to photograph, I always have at least one Fujifilm camera with me, loaded with seven film simulation recipes. My favorite color recipe is Kodak Portra 400 v2, and my favorite black-and-white recipe is Kodak Tri-X 400. Some recipes aren’t modeled after specific films, but produce an analog aesthetic anyway, such as my Xpro ’62 recipe, which has a vintage cross-processed look, and my Positive Film recipe, which is intended to mimic Saul Leiter’s style. I like to load a few of my favorite recipes into my camera before going out, and the remaining presets are often experimental recipes that I’m working on, as I’m always creating new ones.

Kodachrome 64 is one of those recipes that I find myself often programming into my camera—that is, if it isn’t already a C1-C7 preset from my last outing! It has the right amount of nostalgia, delivering those “nice bright colors” and “greens of summer” that “makes you think all the world’s a sunny day.” I can’t help but think, if Paul Simon picked up a Fujifilm camera today to take a photograph, the Kodachrome 64 recipe would be his favorite, and perhaps he’d even write a song about it.

Note: This article originally was a part of Why I Never Shoot RAW — FujiFilm Simulations, Recipes, and More! published by Moment on September 6th, 2021.

Ritchie Roesch is a part-time and hobby photographer based in Salt Lake City, Utah. He studied photography in college, starting off using 35mm film and switching to digital in the late 2000s. He is the man behind Fuji X Weekly, a photography blog dedicated to all things Fujifilm. You can find more of his work on his website, where you’ll also find film simulation recipes for Fujifilm and Ricoh cameras. You can also follow him on Instagram, and download his film simulation recipes app. This article was also published here and shared with permission.